One of the positive sides of moving to a more ‘foreigner friendly’ place such as Phuket is that there is much better communication between local people and non-Thais.  I guess it is ultimately down to the fact that the local people here are better able to speak and write English alongside the basic fact that there is just more going on around here than there was in Hat Yai… it is a tourist destination after all.

So when I saw an advert for this event taking place in Phuket, I was eager to get involved, especially as one of my new year’s resolutions (I do hate them but they are necessary to get me going each year) is to do more arty stuff.

Myself and a couple of other teachers who are artistically inclined decided to go along to the free workshops on the Saturday because a) everybody loves a freebie and b) the other events started at 8.30am each day which is basically not happening on a non-school day!

The event brought together Phuket Sketchers and Bangkok Sketchers, both of which are groups on facebook where people can share their art and organise meet ups.  It was really nice to see how many people locally are interested in art and hopefully this might be the kick up the bum I needed to get back into art in general.  During our mini workshop I ended up painting a picture of my coffee which isn’t something I would usually do but it was nice to simply set aside some time to doing something I enjoy with other people. The event was really well organised and the people running it were so helpful, providing us with English translations when needed and generally being really welcoming to the few foreigners that turned up.

Here are some pictures from the event.  I borrowed a couple from the Phuket Sketchers facebook page which you can find here if you live locally and want to find out more.  Hopefully there will be more events like this in the future as I now wish that I had been less lazy and had joined in the early morning sketchwalk activities too… always a next time (I hope).  Yay to me for getting off my bum and doing something other than going to the beach on my days off; it’s a hard life, I know! 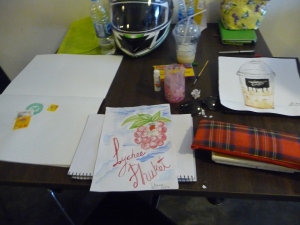 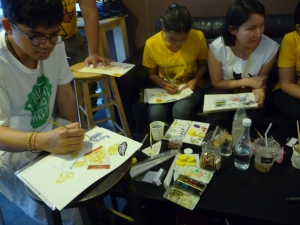 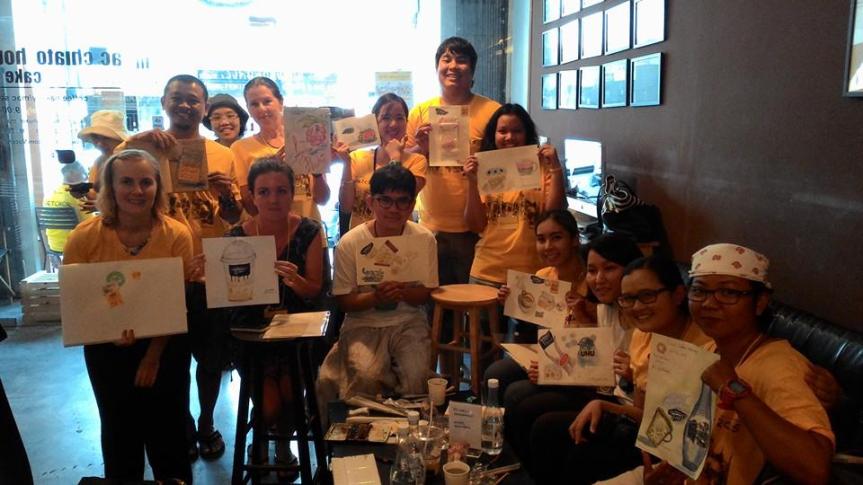 I recently found myself, like many others in my position, having to make a visit to Penang in Malaysia to apply for a visa to stay in Thailand.

My stay was short but I made sure to head out with my camera to capture some of the infamous street art that appears on the walls of the now UNESCO Heritage Site status city of Georgetown.

A handy map can be downloaded here to help guide you to the different pieces that now sprawl across the main town area of the island.

It was really cool to actually see something interesting on what could have been a pretty boring visa run.  So if you find yourself heading to Penang any time soon, I highly recommend seeking out some of the art that can be found on the streets.

The majority of the work can be found very close to Little India too, so you can get yourself an authentic curry and an amazing samosa while you’re at it – I highly recommend that too! 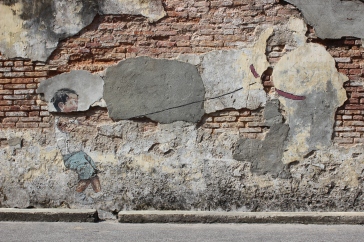 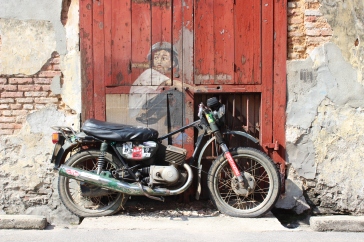 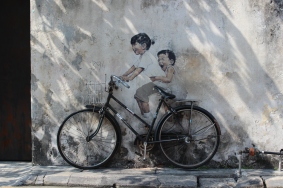 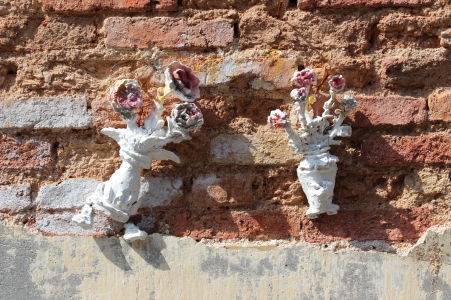 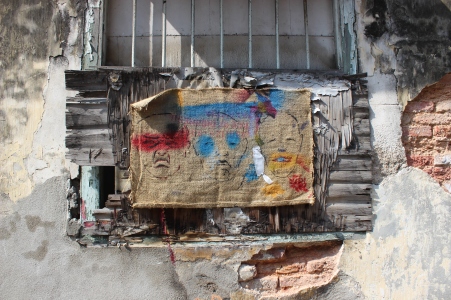 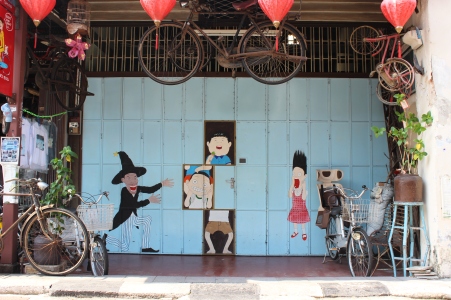 As I made the journey across Bangkok from Suvarnaphumi to Don Muang airport, I pressed my forehead against the tinted glass of the bus window and took in the sights that the city has to offer as we travelled along the overpass.

At one point I saw a few miles of lonely concrete pillars holding nothing, an unfinished project of some sorts that looked like it had been there for a while in limbo between construction and completion.

It turns our that these pillars are the remainder of an attempted project to build a trainline from BKK city centre to Don Muang airport that failed following corruption and financial ruin.  What I couldn’t see from my vantage point was that these concrete gravestones have become canvasses for street artists over the years, and quite a collection of graffiti is now there for all to see, and it is a bit of an urban tourist landmark.

If you are interested in taking a look for yourself, you’d better hurry – these are due to be demolished soon to make way for a new railway.  Or you can just check out this article on Coconuts Bangkok for more information and a slideshow of some of the artwork.

I wish I had known about this, I would have loved to have a look for myself. 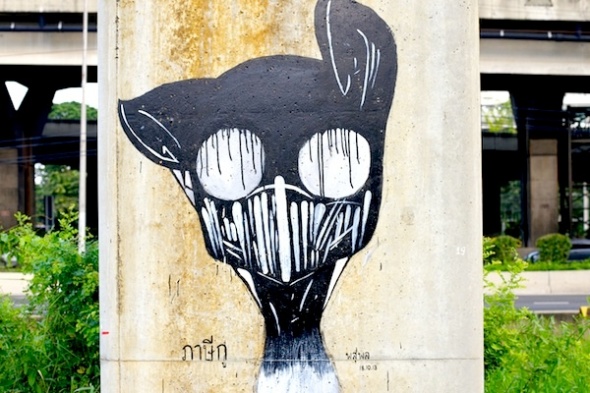