The Baba, or Peranakan, people are descendants of southern Chinese immigrants who made their way through Indo-China, finally settling in Phuket with the tin mining boom over 200 years ago.

Peranakan is Malay for ‘mixed race’.  As their ethinicity has traits of Thai, Chinese, Malaysian and Portuguese it is clear why.  Locally in Phuket, the group identify simply as Baba.

A staggering 70% of Phuket’s population is descended from Peranakan roots (source) which has heavily influenced the distinctive architecture found in older parts of the island, especially in Old Town, the different flavours found in food, the Batik clothing shops and the Chinese temples dotted across the island.

Once a year in Phuket, a special wedding ceremony for Baba people is held with multiple couples taking part.  This not only enables them to hold onto their unique traditions but helps to promote their way of life to the public.  With a procession through the streets of Phuket Old Town, the families taking part are able to show off their traditional costumes and the public are lucky enough to see all the colours of the parade and hear the brass bands and Chinese drums.

I headed down on Sunday afternoon with my camera to take a look for myself, you can click on any image to view it full size. 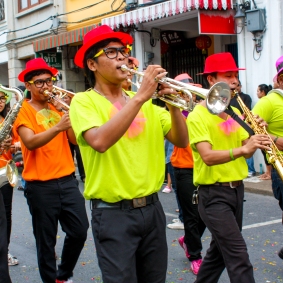 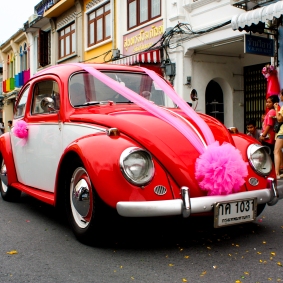 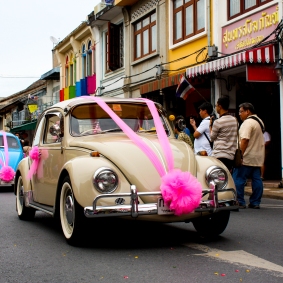 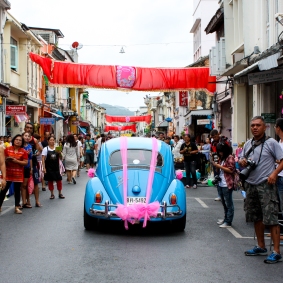 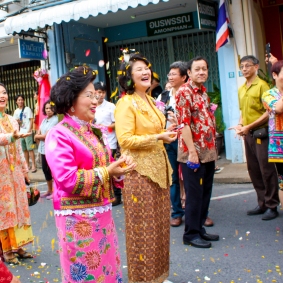 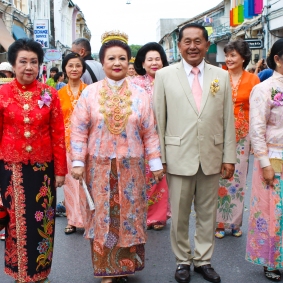 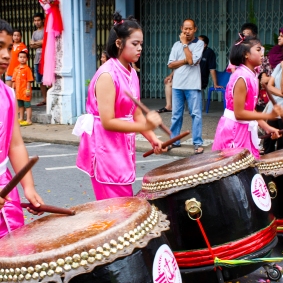